catsiegoesmeow as Roxy Lalonde from Homestuck Editor Comments: Homestuck is a web comic series, created by Andrew Hussie, that began in April 2009 and was completed in October of 2016. The story begins with a 13 year old boy named John Egbert who downloads the beta version of a new game called Sburb. During the download a freak meteor shower transports him and several friends into the game’s universe. One of these friends is Rose Lalonde, the daughter of Roxy Lalonde. Upon Finding themselves in a strange new environment they learn they must complete the game in order to create a new world to replace the one that was destroyed by the meteor storm. John is placed in the position of group leader and guides his friends  through this alternate world called the Incipishere. Along their journey they meet a group of internet trolls. They assume these trolls are humans just as they are however, they turn out to be aliens from another world. They begin working with the trolls in an attempt to get the upper hand in order to beat the game.  To find out how that works out you’ll have to read the comic for yourself, no spoilers here!

For this Cosplay @catsiegoesmeow used an EpicCosplay Theia style wig in Platinum Blonde. This wig is a great color and length for this character. A bit of styling was done to get the perfect swirl which is the trademark hairstyle of the character. Different wig styles can be achieved with the use of styling gel or hair glue as well as bobby pins and hair clips. This complete cosplay does Roxy Lalonde justice, its almost as though she came right out of the web comic! We look forward to see what other cosplays they create in the future. 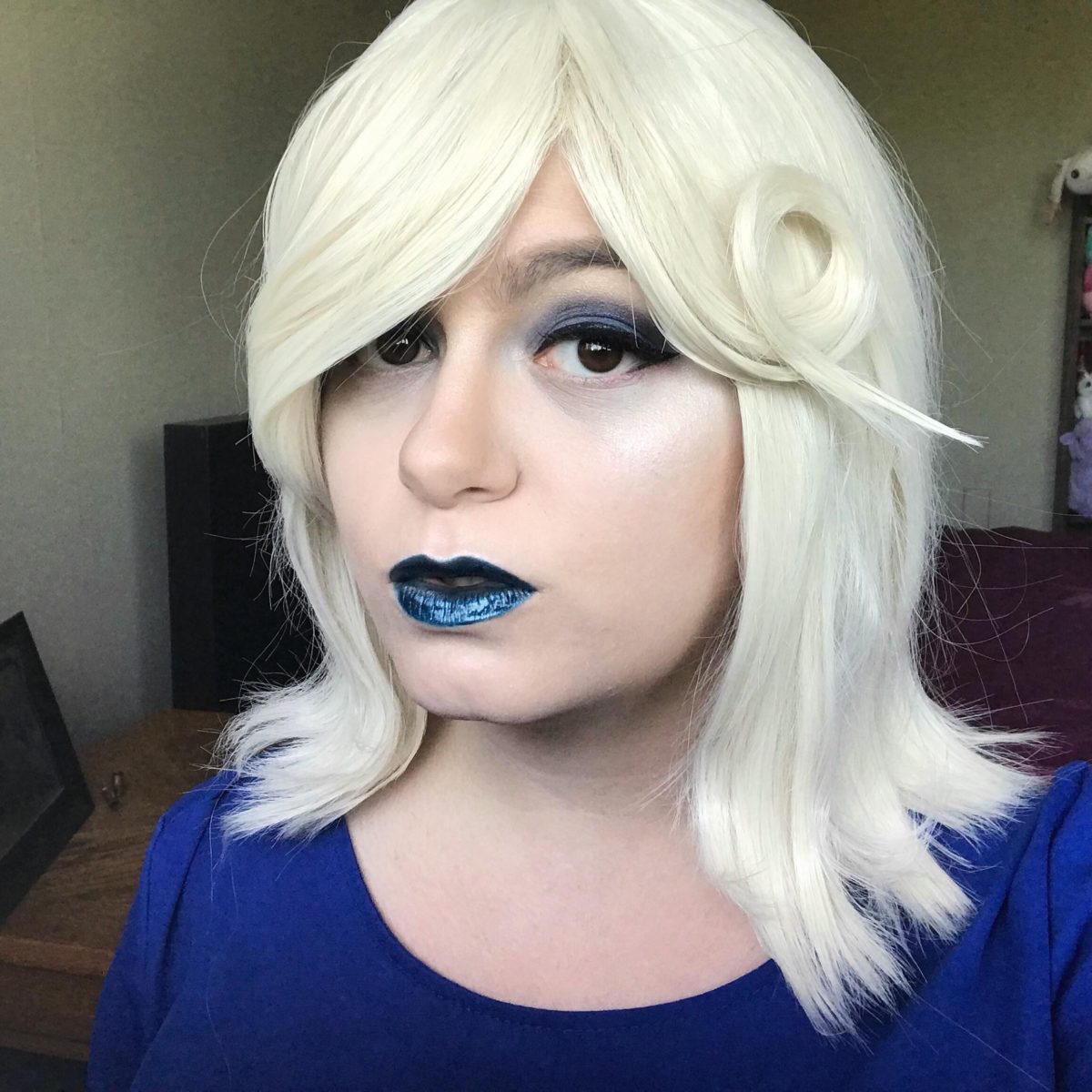