Show Us Your Moves Submission: DaKree as Ken Amada Check out DaKree’s Show Us Your Moves Submission where he talks about how he pulled off his cosplay as Ken Amada from Persona 3! He utilized our Chronos wig in Light Brown to achieve his look! Keep scrolling to see his story! 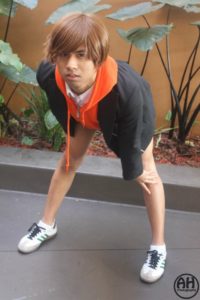 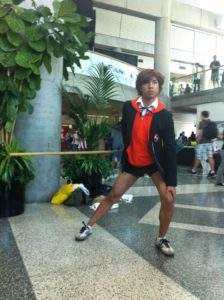 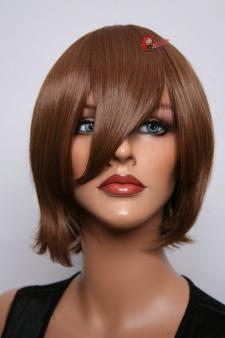 Attached are my pictures of my Ken Amada, from Shin Megami Tensei: Persona 3, cosplay.

Alias/Name to be known by: DaKree

I discovered cosplay right after I discovered it after going to my first convention, which was Fanime 2008. My friends invited me to go with them, so I joined. It was really crazy just seeing the people in their costumes from the front of the convention center. Hell, I had no idea people actually did stuff like this. It felt like this cosplay thing was something I should try.

4 years. I started cosplaying right after my exposure to the con scene. I debuted my first cosplay, Lan Hikari, from Mega Man Battle Network, at SacAnime Summer 2008.

I became a pretty big fan of the Persona series, once I was exposed to it. I’ve always had a liking for the younger characters in series, but this boy was actually more different that the other characters I’ve cosplayed, prior to this one. He’s much more tragic than the shounen heroes I tended to cosplay as. Really felt like an interesting and different character to portray in pictures. Also, I like his shorts. haha

For me, it was altering the black stripes on the Adidas shoes I had to dark green. It took me a while to remove the wax protecting the leather with multiple cotton balls and acetone, so my paint could properly penetrate the leather surface. Was a messy job, but I think I did alright.

Too many to name. Might attempt Emizel from Disgaea 4. I get a lot of help from my friends when it comes to costume making. In fact, I’ve just been doing accessories. XD I’m gonna see how much I can do of him on my own.

Definitely the social experience. I’ve met a massive amount of friends through the cosplay scene, from around the Bay Area, down in SoCal, up in Seattle, and others across the internet.

I ordered the 12″ light brown layered short wig. My friend, who styled it, mentioned how full, thick, and how easy it was to work with. I found the wig to feel very soft to the touch and comfortable to wear. I thought it was also very visually stunning.