Show Us Your Moves Submission: Kasemei as Meiling Hong 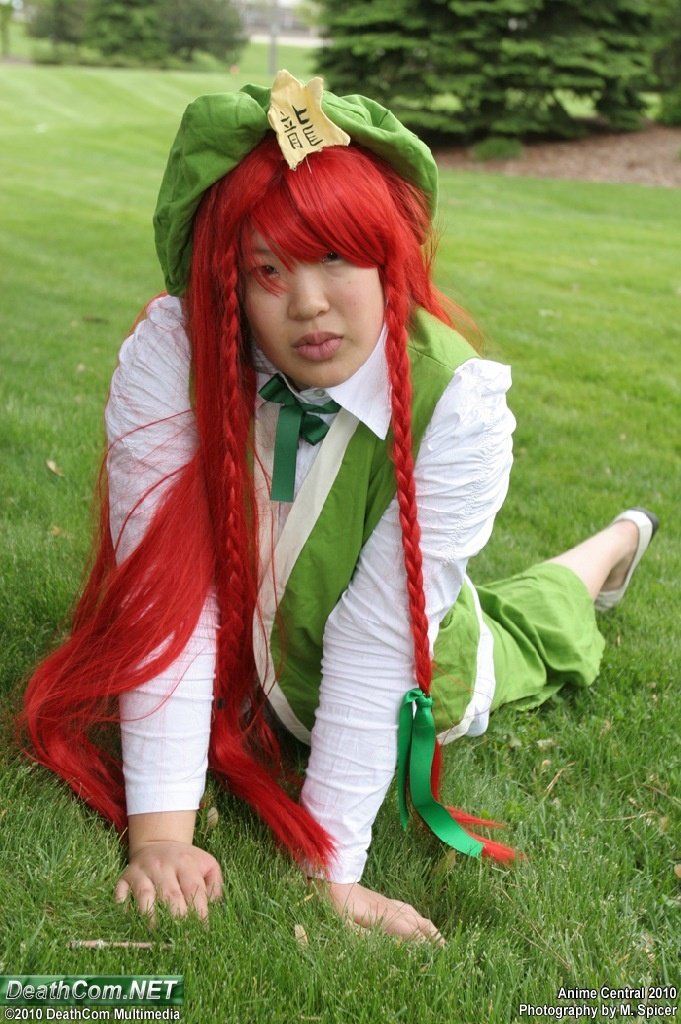 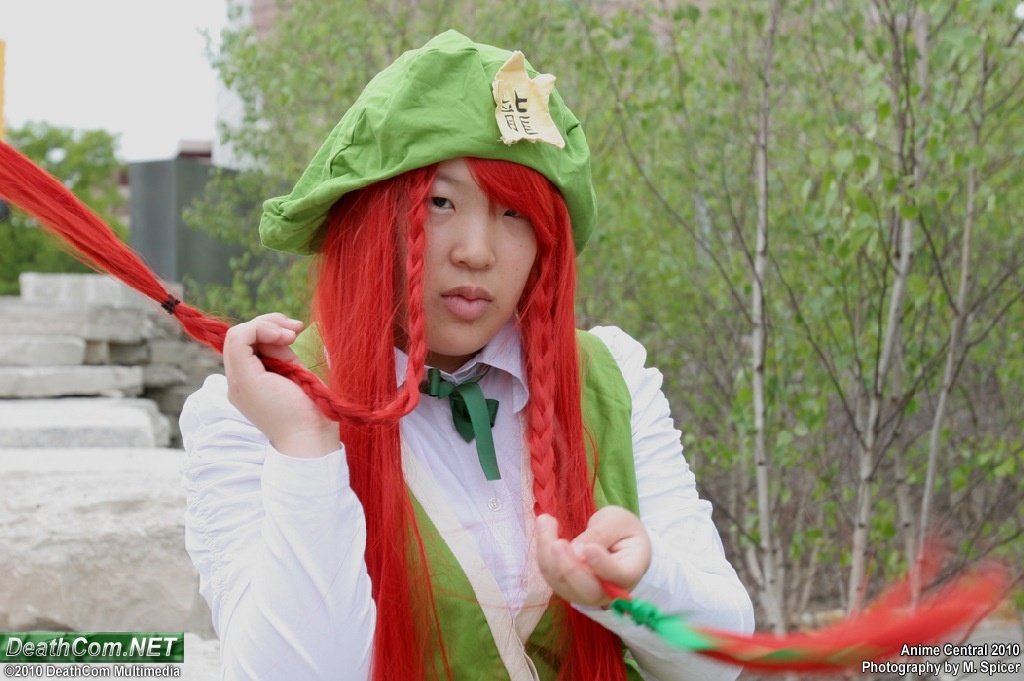 Check out this story by Kasemei as she tells us about how she used one of our wigs and changed it up for her cosplay!

The following are the different styles of wigs that you can use from our line to achieve her look.

She used our Persephone Model wig in Apple Red, pictured below. 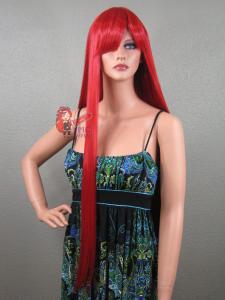 I actually started cosplaying to my first convention (Youmacon 2005). I started out with commissioned  and closet cosplays and slowly began working my way to sew my own cosplays.

The story behind this cosplay actually stemmed from a club I am a part of at school. In our DDR club we had group of people who formed “Team Touhou”, a team (though it’s just more of a group of friends) who took on names from the Touhou games. When I joined on I was (to my knowledge) the only Chinese girl in the group. When I realized that my favorite characters had already been taken I looked at others and realized that Meiling Hong’s nickname was China. I fell in love with the character pretty quickly and adopted my place as Meiling on Team Touhou. As such, I embarked to create her cosplay.

Meiling Hong had been the first cosplay that I’d actually wanted to make myself for a while. At this time my sewing skills were still developing (though I don’t think one ever fully finishes developing sewing techniques and skills). I hadn’t sewn a cosplay in a good long time (and ones that I had looked like poo). I embarked on the vest and the skirt (still not having the confidence to do the shirt quite yet).

Given my skill set at the time for sewing I was rather happy with how this turned out. I do intend to remake it in the future and take more care to adding a lot of the details that this cosplay has (rather, variations of this cosplay. There are quite a lot of fandom pictures for the Touhou series so one has a lot of options to choose from).

My absolute favorite part of this costume (hands DOWN) was the wig. It was the first EpicCosplay wig I ordered and from the moment I got it in my hands I knew that I didn’t want to skip out of using wigs again. Before Meiling I often got wigs from Halloween stores or skipped out on them entirely because I was still newer to cosplay and didn’t care too much about the hair. When I got my EpicCosplay wig I was ASTOUNDED by the sheer softness, quality, and color of the wig. In addition, it was easy to style. I pulled two sections of the wig to braid so that I could accomplish the look I needed to and undoing the braids were easy as cake! In addition, I took this wig out for a crazy shoot in wind and against rocks and it is still easy and beautiful to comb out! I’ve defaulted to using EpicCosplay wigs for all of my cosplays (unless I’m looking for a specific color or really just can’t afford it at the time). In order to make it a little better, I usually plan multiple cosplays for one Epic wig so that a $50 wig can be used multiple times for multiple characters.

I have done many other cosplays since this one and worked on making my sewing better. I’ll be submitting a few more here and there but for now my current works in progress and cosplays I want to do are Starla and Avatea from Emerald Kingdom (an unreleased MMORPG) and Fighter from Granado Espada!