Show Us Your Moves Submission: theelfinartist cosplays as Mai! Hey EpicCosplay fans! theelfinartist sends us an EPIC story about how she and her family turned cosplay into a family activity! In this submission she covers how she got started with cosplay and discusses how she styled our 37″ black spiky wig (discontinued, may refer to Persephone black) and black extensions to create the look she needed for the cosplay! Check out pictures of her and the wig as well as the story below! 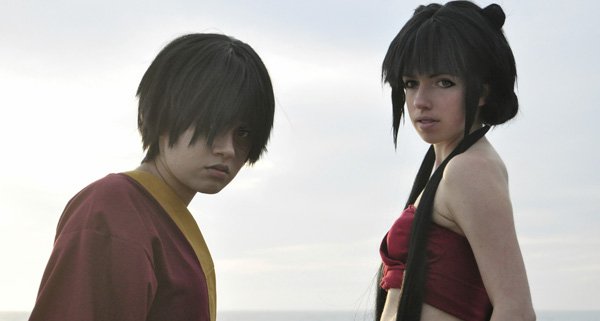 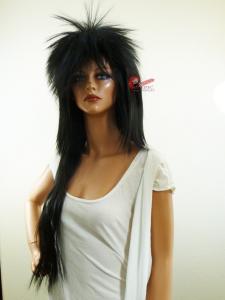 I have permission to use these photos from both the photographer and fellow cosplayer.

Hey there! When in cosplay I usually go by theelfinartist. 🙂

I’ve been cosplaying since late 2008 and have been loving it ever since. Cosplay was something I stumbled upon one day as I was searching for fanart for one of my favorite video games. haha. I’m a very creative and artistic person and had recently begun teaching myself to sew. I thought the idea of bringing your favorite cartoon/manga/anime/character to life through the creative process of making costumes was just AMAZING. I immediately fell in love with the idea and began my search for fabric and wigs.

Since then I’ve actually drawn my whole family into the activity of cosplaying! When I brought my mother to my first convention in 2009, she was amazed by the great mass of cosplayers. Though first a bit wary, she soon warmed up to the idea and told me how impressed she was with everyone’s creativity and dedication to the art following it with, “Next convention I am NOT going to be the only one out of costume” And thus begun our family cosplay activity. The first con we’ve all cosplayed to together was in 2010 and we’ve been going strong since. 🙂

The reason I chose Mai to cosplay (in these pictures) was because I was recently given the great opportunity to visit a dear friend of mine who lives several states away from me. She too has caught the “cosplay-bug” and loves portraying our favorite characters. The week before my arrival we decided we needed a new costume do a photoshoot for since we would have access to a beautiful beach. I suggested Mai and Zuko in their outfits from the “Ember Island” episode of the Avatar the Last Airbender for two reasons. One, Zuko and Mai are characters that hold a close part to us in our hearts; we love their relationship and roles they play in the cartoon. (plus I’ve always wanted to cosplay Mai) Two, because the beach outfits were quite simple and definitely something we could pull together in a few days.

I’d say the most difficult part of this costume was the wig, although that even turned out easier that I had expected. I used a 39″ Black Spiky Long Cosplay wig (and black extensions) for Mai and was a bit nervous when I received it. However, I carried on with my plan to use the spiky layered top of the wig  to “poof” out so the wig would have that nice, polished, round look that Mai has. I used Extensions to form small balls of hair with quilt batting in the center to add volume for the two small buns on top the wig and the one large on in back.

I love how thick the Epic Cosplay wigs are. They allow me to style wigs in such strange and unique fashions that wouldn’t even be fathomable using thinner ones.