It would appear that Vicious Cosplay really loves our wigs! This is the third cosplay submission she’s sent us using our products! Check out her awesome story below!

She utilized our Dionysus Model wig  in classic white (displaced by Theia) and added 2 30″ classic white wefts. Check out the wig and wefts she used below. 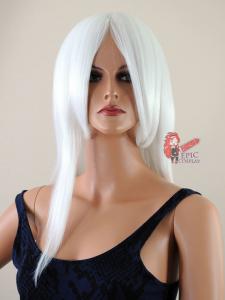 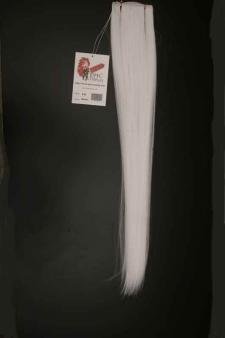 This was possibly the most difficult wig I have ever made ever, and it’s also the heaviest and most difficult to put on out of any wig I own! But after all the long work it was completely worth it.

Iron Mouse marks the first time I ever purchased from Epic Cosplay. I honestly stumbled upon the site when looking for wefts, knowing that I was going to need a thicker wig with extra wefts after reading a tutorial on a crisscross back design from God Save the Queen Costumes (https://godsavethequeenfashions.com/Criss_Cross_Tutorial.html). It was there I found the decent priced wigs and decided while it was sale time I’d get everything in one place. It was the first time I had ever bought from anywhere else other than ebay, marking the last time I ever looked on those sites again. The feel of the fibers and the thickness of the wig was very satisfying.

The largest difficulty of this wig was making the crisscross back and the curls. Multiple times I had seen reviews on just making large curls that popped out of the side, but the design of the hair style for Iron Mouse made it appear more like pig tails that BECAME super thick curls. After splitting the wig in half for the pig tails, making the crisscross back, and getting everything settled I spent almost two nights just curling up the extra hair around curlers and hitting it with the hair dryer. All of this was a first for me so it was tricky trying to figure out how much to put on the curlers, how much heat, how much time, how much spray, ect ect. When I had a massive amount of nice curls I covered a paper towel roll that I had cut in half with white duck tape and pretty much hot glued the hair in place. There was still a lot of excess hair at the end of it, leaving me about a fistful of white hair to use as extra coverage before spraying all the got to be glued!

Because I forgot about the size of my head it takes me about 5 minutes to get the wig on my head and a least a dozen bobby pins. It’s heavy and obnoxious and such a pain in the butt out of any wig I own, but for the final product I think it was, and still is completely worth it! I gained a lot of praise from many people in the Sailor Moon fandom on how solid the wig was, as well as brought home Best of Masters Friday with this costume from AnimeUSA 2012.