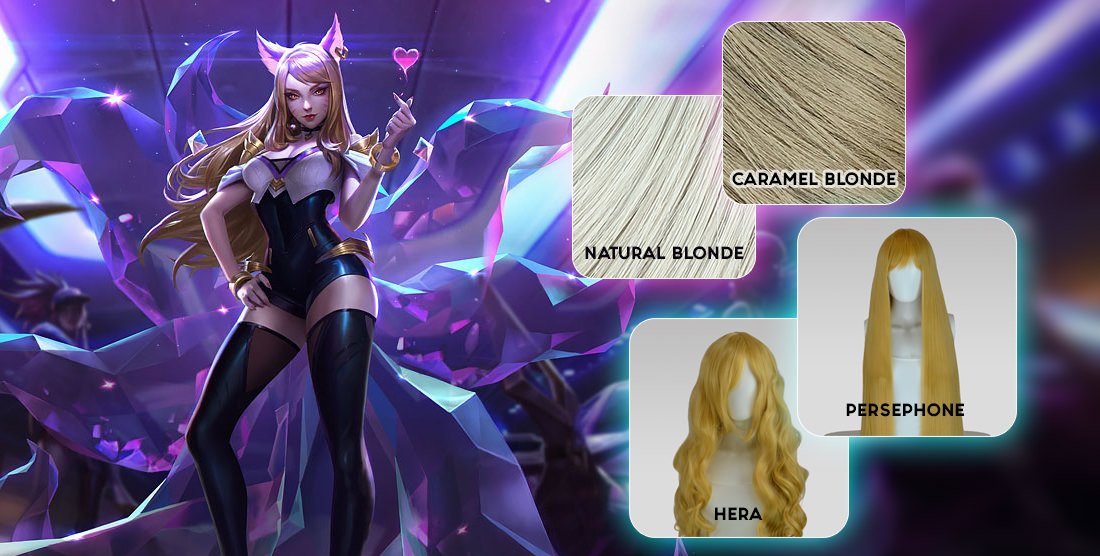 Caramel Blonde: If you’re looking for something that’s the most accurate to the official photo, then we believe Caramel Blonde is the best shade as it has a darker, yellow tone to it.

Persephone: The bangs are pretty spot-on and the overall length is about 40″ long which is a great length for Ahri.

Nyx: If 40″ is too long for you and you want something easier to maintain, the Nyx style would be the next best choice as it is 28″ long. 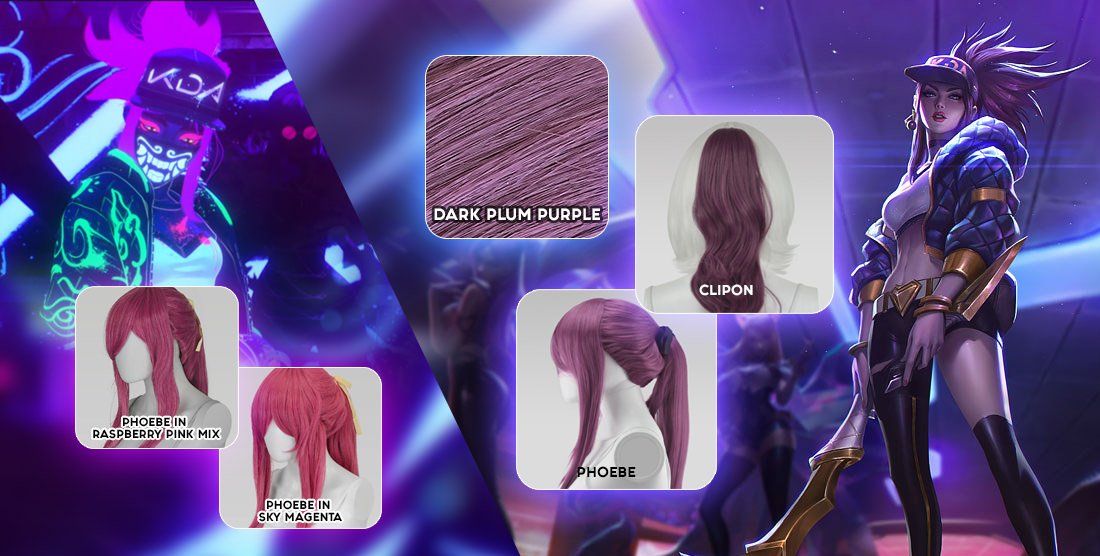 Phoebe: This prestyled ponytail wig already has a very similar silhouette to Akali’s hairstyle so we think it would be a great fit!

Ponytail Clipon: If you want extra volume, add an 18″ ponytail clipon to the back of her wig! 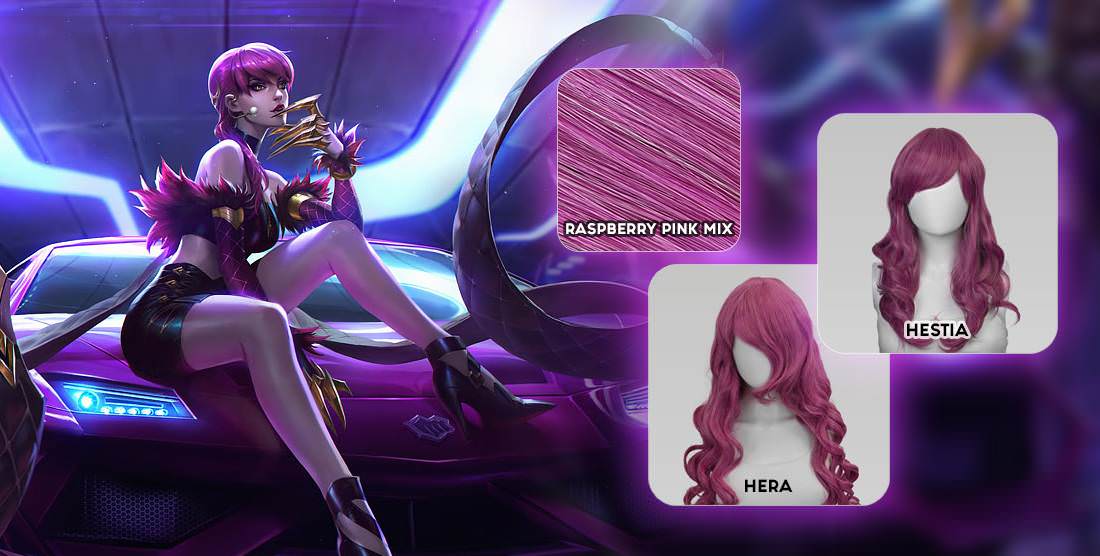 Hestia: This is a great match for her hairstyle. It’s got the right cut and length! 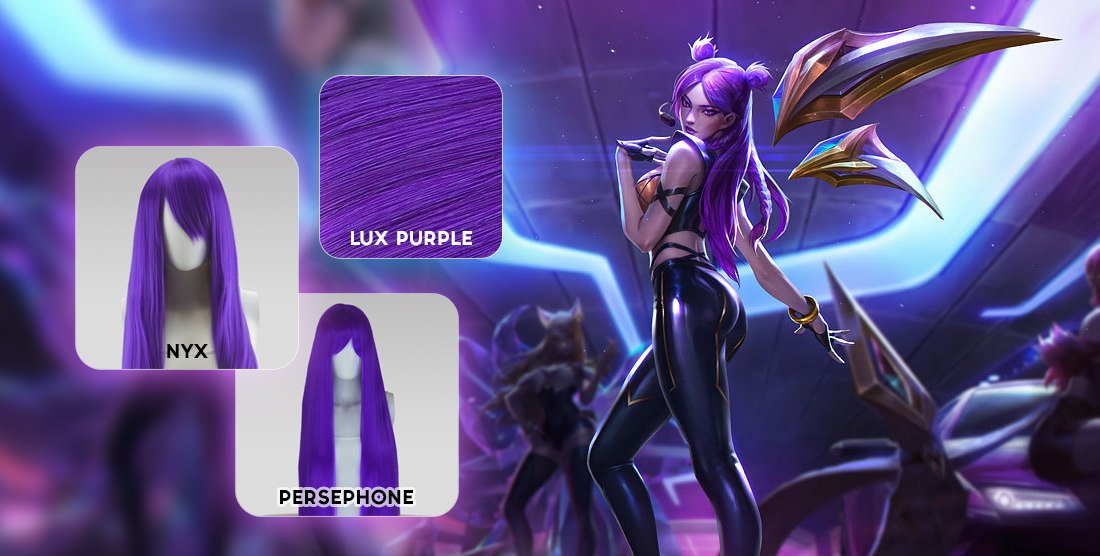 Lux Purple: This color is loud and vibrant which makes it the perfect shade for Kai’Sa.

Nyx: This style is baaaasically identical to her hair style. Just grab a section of wig fibers to create the buns and you’re gtg!

Persephone: If you prefer something a bit longer then our 40″ long Persephone wig would be the next best option.